Early Monday morning ADAPT activists and others in support of the movement gathered in front of the White House to begin their spring campaign, “Wheels of Justice,” with a march to the U.S. Capitol Building. There they intended to pressure Congress to move on the “Americans with Disabilities Act.” Stalled in committees, advocates were restless.

As the crowd swelled to 700, the march commenced and proceeded up Pennsylvania Avenue. The line of concerned and active citizens — exercising their civil rights to assemble and protest — stretched for a mile, affecting DC traffic. Though orderly, they were not quiet, chanting, “What Do We Want?” “Our ADA!” “When Do We Want It?” “NOW!!”

Little did they know the history they would make this day, or the effect they would have on Congress. Following the speeches, empowered and chanting, everyone moved to the steps – and one by one, spontaneously began to crawl. 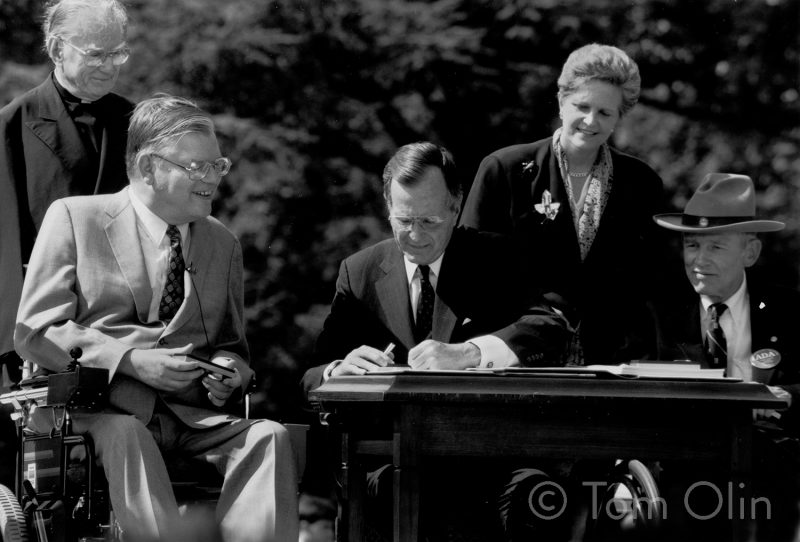 THE SIGNING OF THE ADA