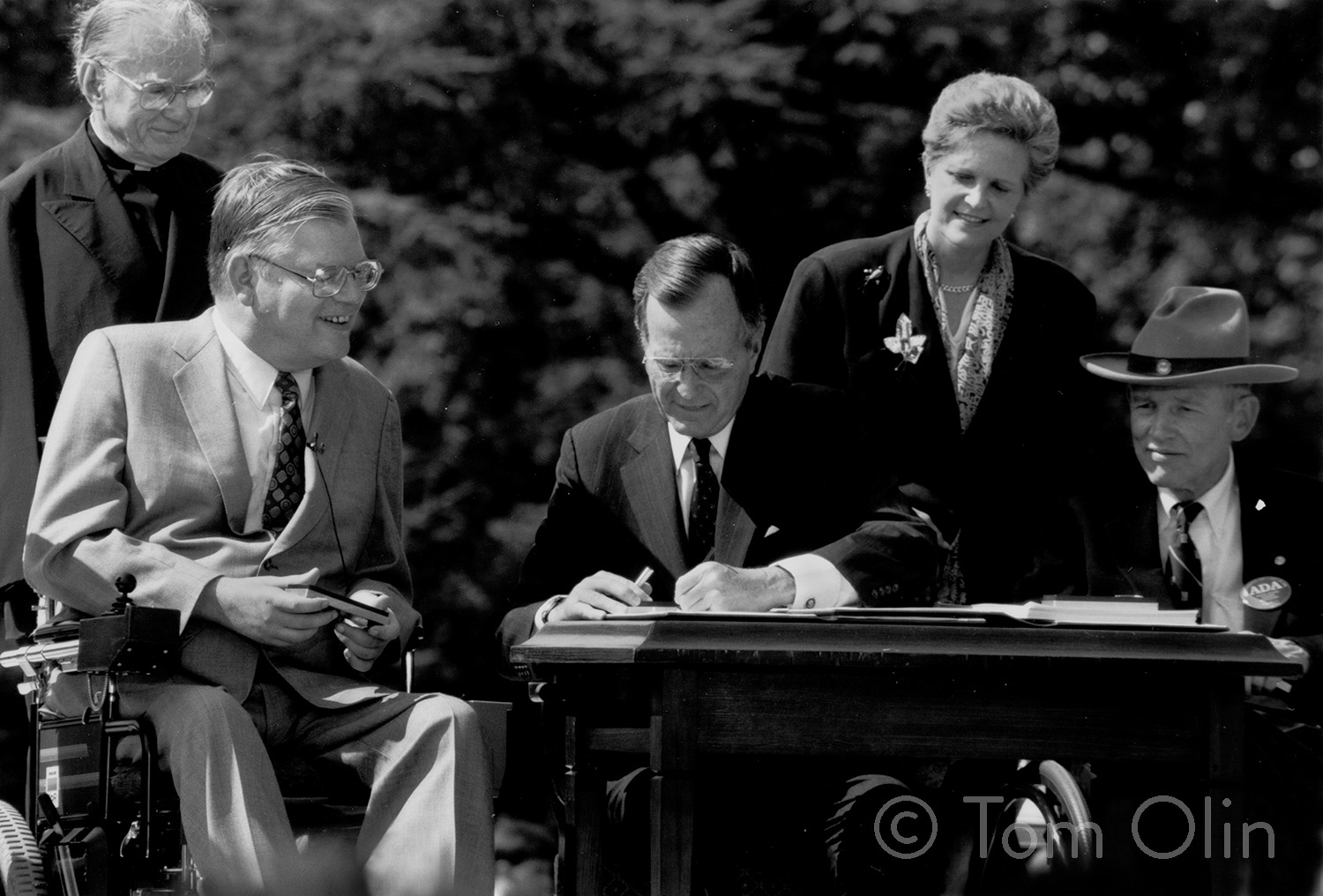 The temperature had soared into the mid-90s on the south lawn of the White House as nearly 3,000 invited advocates and supporters of the Americans with Disabilities Act gathered to witness the historic signing. These were members of what California Representative Tony Coelho referred to as a “hidden army” of people living with disabilities and their families, coming together as one of the largest crowds to gather on the White House lawn for such a signing.

Joining President George H. W. Bush on the dais was long-time friend Evan Kemp, Chairman of the Equal Employment Opportunity Commission (EEOC) on his right, one of the advisors credited with convincing the President to make disability civil rights a priority of his administration. On his left, Justin Dart Jr., Chair of the President’s Committee on Employment of PWDs. Behind stands Reverend Harold Wilkie and Sandra Parrino, Chairwoman of the National Council on Disability.

Declaring “Let the shameful wall of exclusion finally come tumbling down,” President Bush signed the Act into law, ushering in a new era of civil rights in America, and the promise of access and opportunity for all Americans living with disabilities.