The 17th Annual Texas Public Transportation conference was held in San Antonio May 31 through June 2, 1989. ADAPT of Texas was there to address the conference with a call for access, equality, and integration. The local community came out to support the action as well.

The second day of the conference ADAPT targeted VIA, the local transit system in San Antonio, which was controlled by one of the most infamous opponents of accessible mainline transportation, Wayne Cook.

A “crawl-on” of area buses and trolleys called public attention to the realities of inaccessible transportation, while special name tags quoting Cook’s 1985 APTA conference line (“there will be lifts in San Antonio over my dead body”) more directly pointed the finger at the source of the problem.

In this photo, Willie Mae Clay, the Director of San Antonio Independent Living Services (SAILS), marches with fellow protesters in front of the Alamo wearing on her back a sign saying “Separate Is Never Equal,” one of the many poignant battle cries of the movement. It pointed out the inequity of access and treatment toward people with disabilities in public transit – a virtual lifeline to food, housing, employment, health care, and everything else the community had to offer its citizens. 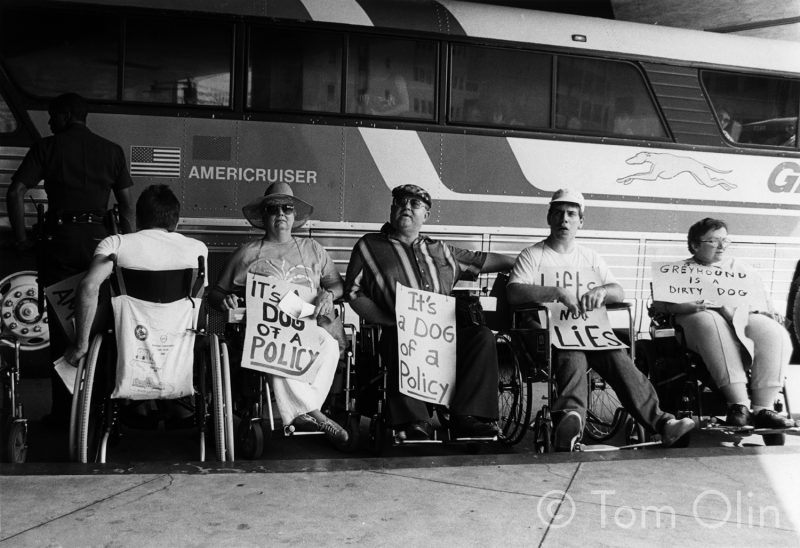 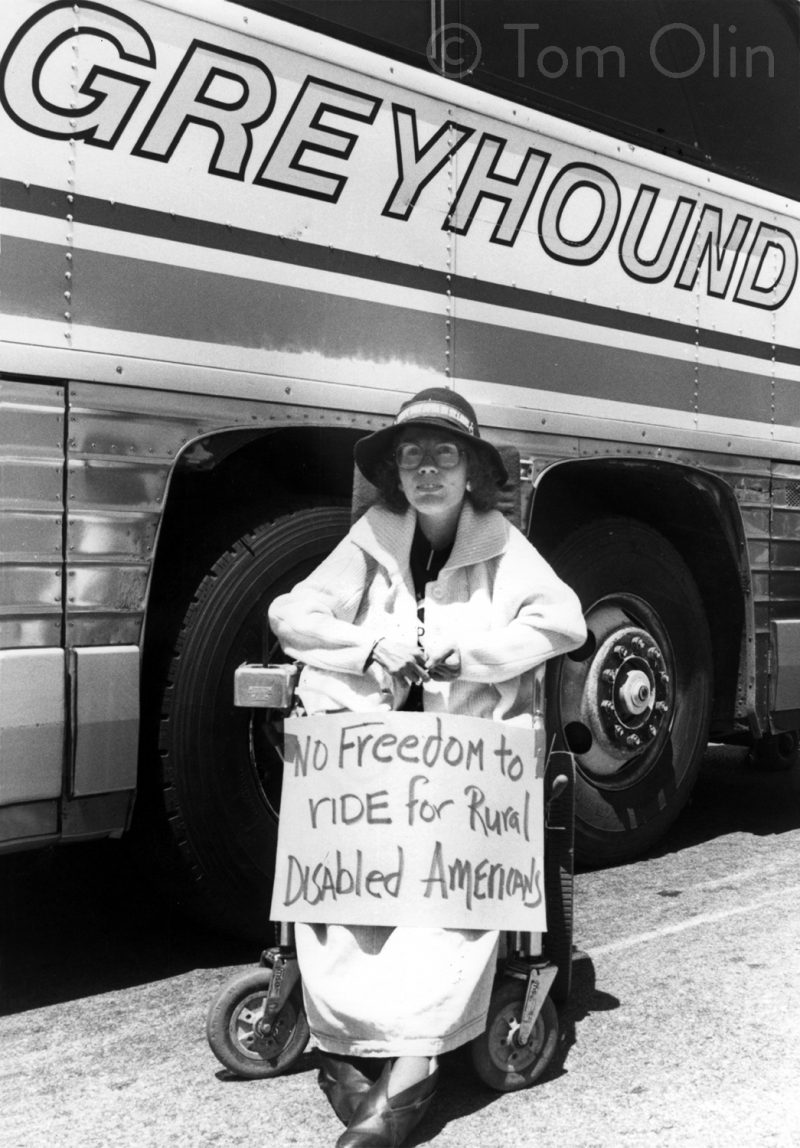 NO FREEDOM TO RIDE