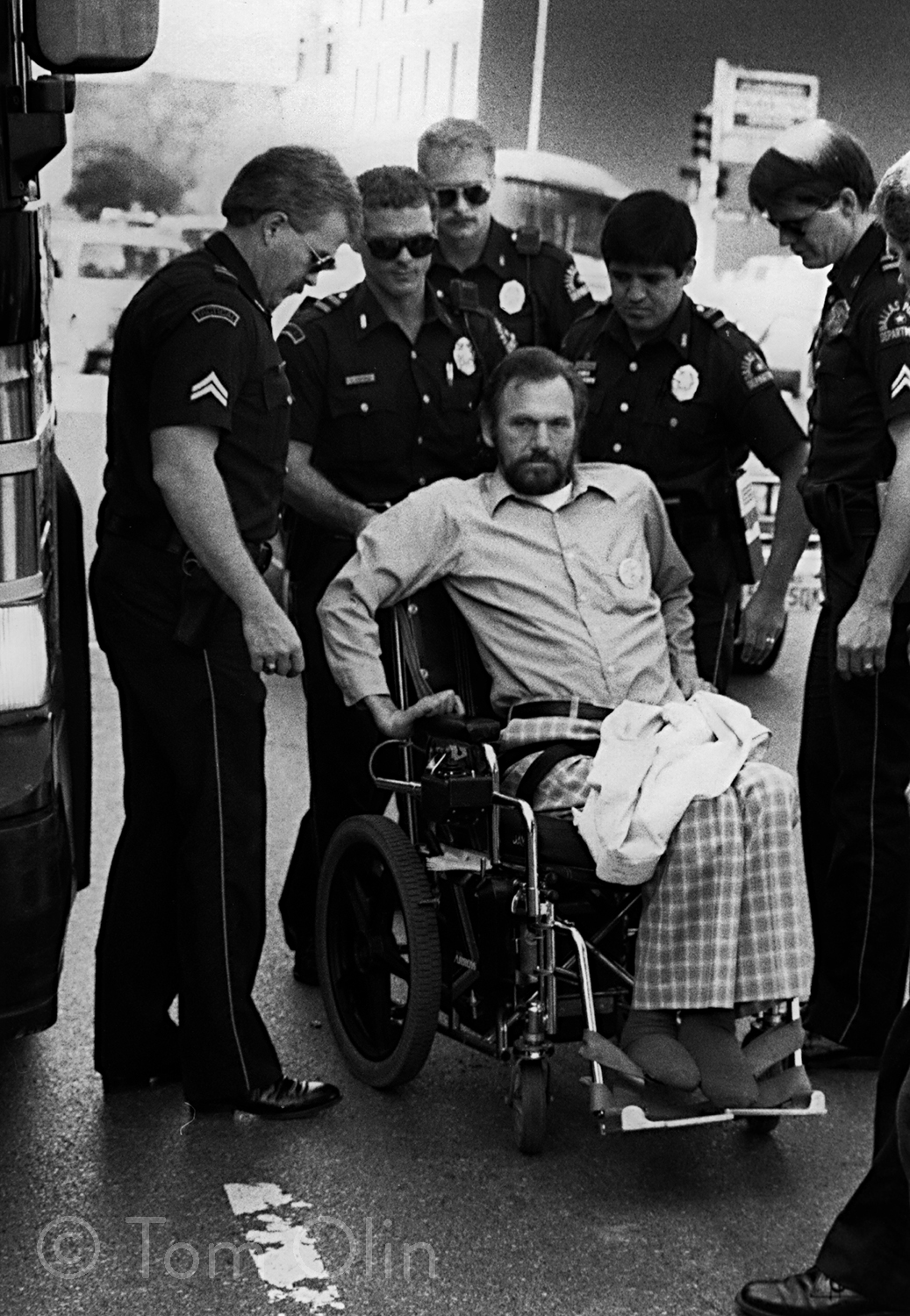 In the last half of 1989, as the legislation that would become the ADA was moving through committees, national transportation organizations like the American Bus Association (ABA) and the United Bus Owners Association (UBOA) vehemently opposed and lobbied against the law’s passage. These two organizations chose to hold a joint convention in Dallas in late January, 1990. ADAPT, the disability-rights group that had been fighting for access to public transportation for nearly a decade, showed up to meet with delegates and “share a disability perspective.”

Beginning Monday the 22nd, about 100 activists, local supporters, and members from as far away as Arizona, Colorado, and Tennessee descended on the event, circumventing intentional vehicle blockades to call for an end to lobbying against the ADA. Wayne Smith, Executive Director of UBOA, showing his ignorance, stated, “If you folks love touring so much, ADAPT should start its own accessible bus touring association.”

Tuesday, ADAPT turned its attention and message toward Greyhound and their downtown bus terminal. At high noon, ADAPT activists struck, blocking all terminal bays and commandeering nine buses, including some on the street, which obstructed and snarled downtown lunchtime traffic.

Twenty-seven activists would be arrested, including Memphis ADAPTer Dorian Smothers, here attracting a crowd. Also arrested was Frank Lozano who, interestingly, was booked into the jailhouse garage because police refused to allow his guide dog, Frazier into the jail. 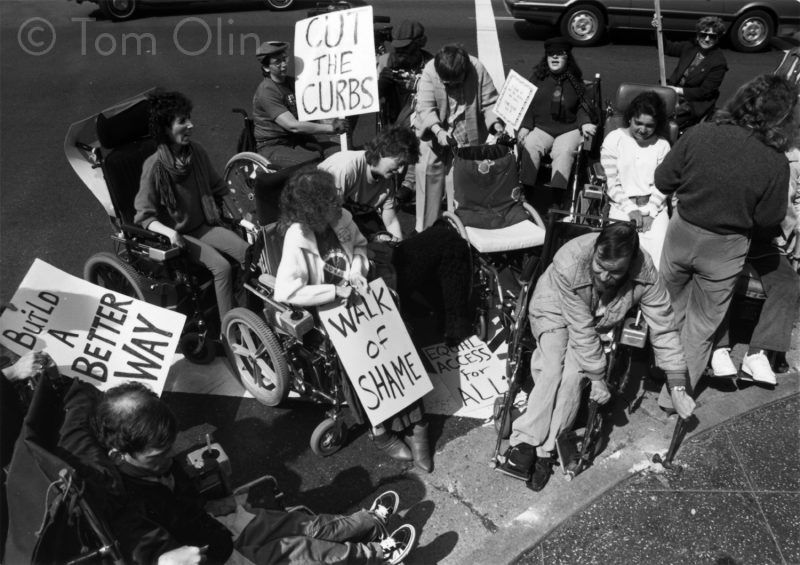