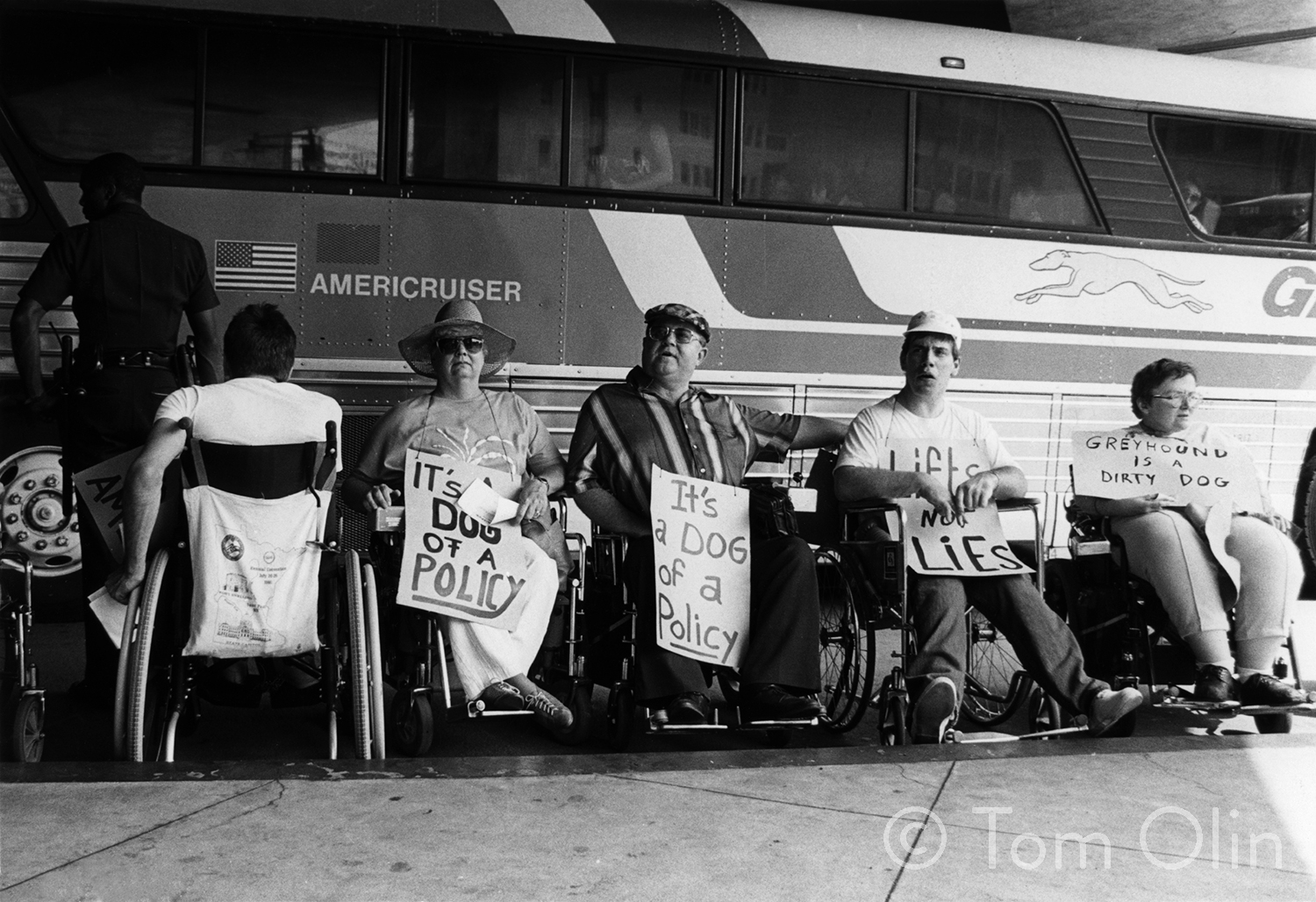 National ADAPT leader, Stephanie Thomas recounted a comment from one of her teachers: “The part of the washing machine that cleans the clothes is called the ‘agitator’. If ADAPT wanted change,” Thomas would say, “to clean up the ways people with disabilities were treated or excluded – they needed to be agitators.”

The summer of 1989 saw a number of successes in ADAPT’s multi-year effort to make public transportation accessible to disabled users, including a court decision in their favor in the U.S. Third Circuit Court of Appeals case “ADAPT vs Burnley,” which challenged the U.S. Department of Transportation regulations regarding Section 504 compliance for public transit systems. Even with these successes, local chapters were empowered and encouraged to keep pressing against Greyhound and others notoriously bucking change.

Early on Labor Day 1989, Sue and Dean Ridenour (holding the signs “It’s a Dog of a Policy”) and a group of about 30 activists took over the downtown Greyhound terminal in Los Angeles. The goal was to disrupt busy Labor Day bus travel to pressure Greyhound into installing wheelchair lifts.

The youngest protester that day, 14-year-old Ryan Duncanwood. “He has cerebral palsy,” his mother Karen explained. “But mostly he’s a victim of discrimination.”

Moms are great at putting things into perspective. 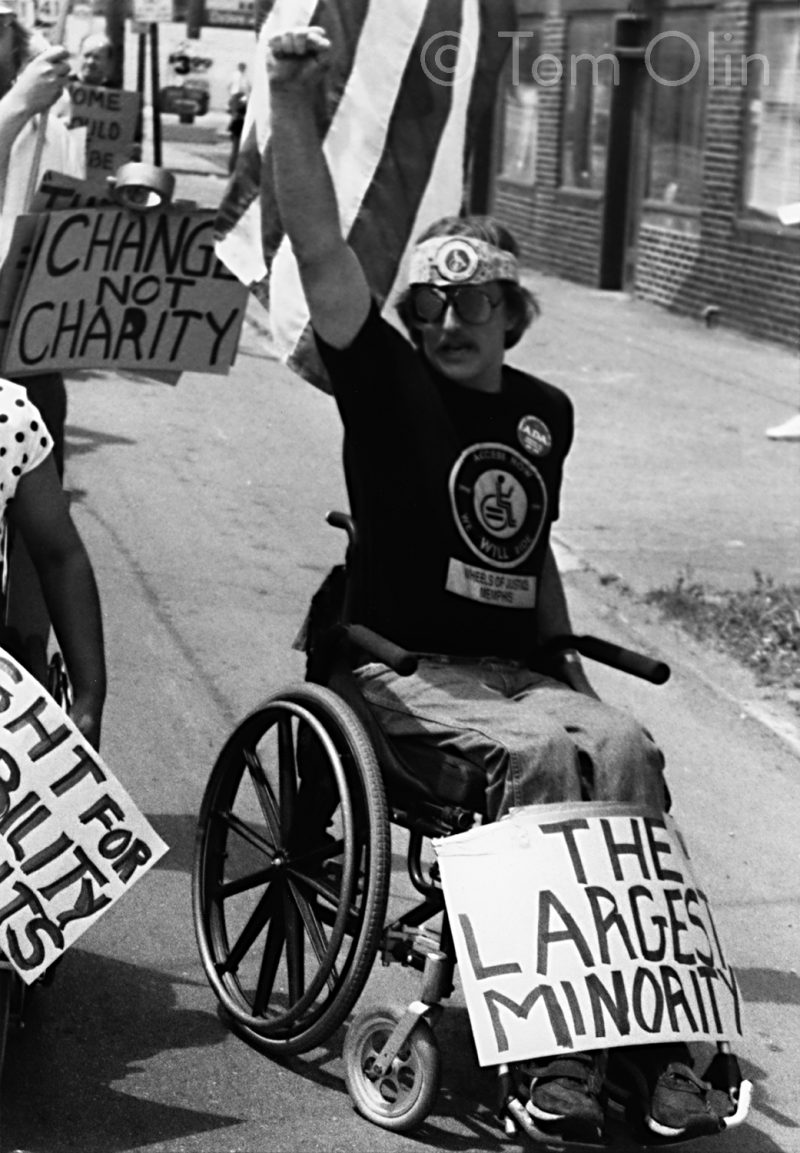 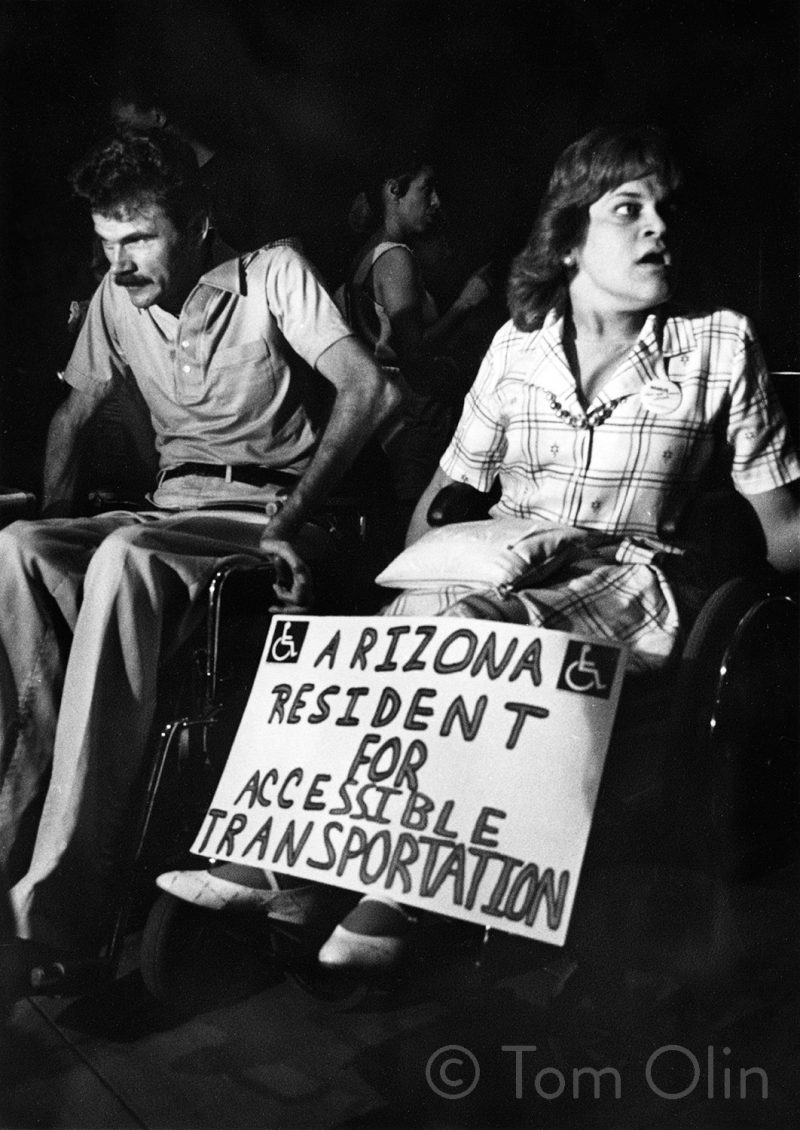 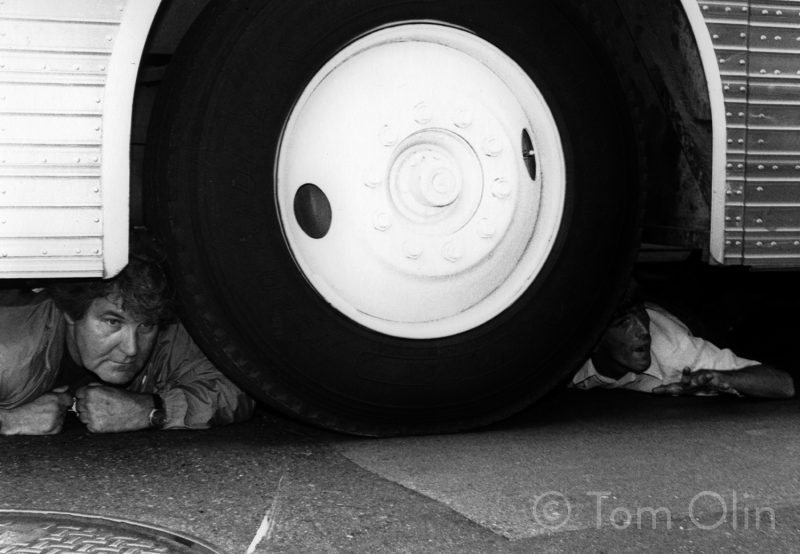